Last night as I watched the final episode of White Collar (I'm late to the party, I know but Netflix is my BFF for that reason alone) I started feeling this sadness and anxiety sweep over me. The show was ending and it literally felt like the end of an era as their producer described in their cancellation article. I was sad that the show I've grown to love so much was...done. The story and the characters I've grown attached to over 6-seaons. If you've watched White Collar then you know it truly was the end of an era.

The story is based on Neal Caffrey and Peter Burke one is a professional con artist and the other is a forgiving FBI agent. They form an unlikely bond when Peter Burke asks Neal if he would like to assist the FBI in the white collar division on cases in exchange for Neal living a life out of prison, but on an anklet where the FBI can watch his every move. I got hooked in on the story line right away and attached to the characters shortly thereafter. I watched all 6-seaons in a little over a month and the final episode made me burst into tears.

Two days later and I'm still reeling in this show. Silly, isn't it? So in order to quell my post series depression, I googled this phenomenon and it actually does exist. It's called: post series depression and there are a range of tips and tricks all over the internet to help cope when a show ends. Cope when a show ends? Just writing this line seems silly, but I'm attached to the characters and the last episode was so emotional that I can't quite get over this yet. All of the articles recommended to watch the series again. Watch the series again? I don't know how I'll put myself through that again, but until I find another show it seems there is no other option.

Here's my advice if you've grown attached to a show that's ended either recently or awhile ago and you are just now joining the wrap party. Think about the show and remember the last episode fondly. Imagine all of the ways the storyline would continue on and then release those thoughts. Look for other recommendations in that criteria right away so you can become invested in another show quickly. Google the actors and see what they're up to now. Perhaps they are in other shows that you'll be into. Actors typically stick with the same characters so to find something new they're in hopefully won't be too hard to do if they're still acting. And finally, watch the series again. Perhaps there were episodes you missed or you fell asleep and need to watch the episode again.

Meanwhile, I'll be over here licking my wounds, growing attached to these characters again and getting hooked in from the beginning.

Oh and don't even get me started on Gilmore Girls. When that show ended I was depressed for two weeks, and I still think about the very last episode where Rory say "It's wide open." And I get sad. But they're bringing Gilmore Girls back (thank goodness) so I won't have to be sad for long.

Can you recommend some good shows on Netflix for me to watch? Comment below. 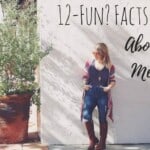 12-Facts About Me: The Dirt, The Deets, The Details! 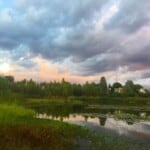 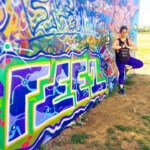 Learn How To Say No | Stop Glorifying Being Busy 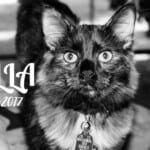 You Left Us Too Soon | Time Is A Thief
« Fitness: The Key That Holds It All Together
A Few Of My Favorite Things »

💁🏻‍♀️Here’s the thing about negative

🎄 Where my #realchristmastree fans at? 🙋🏻