Harley came into my life without warning. I was dropped from an assignment that meant the world to me and I felt as if my life was over. I was driving home, depressed, sad, pissed off, and decided to go into the animal shelter on a whim. It was on my way home, and I wanted to look at dogs. There he was, sitting in the cage, big brown eyes, an adorable tongue, plus he looked like a wart hog with his adorable cow spots which made him that much cuter. He couldn't have been more than 10-pounds. (You should see him now...) he immediately licked the cage when I went up to him and the attendant told me he did not respond to anyone like that. She also told me the next part that dictated my decision to take him home that day. He was found in a local city near by, nearly beaten to death, starved, and was a bait dog from a local dog fighting ring they had busted the week before. I still remember the bruises on his ribs and the gashes around his face. This dog took a beating and I remember feeling nothing but hate for the bastards that did this to him. I still feel that hate every time I think about how Harley was found. The attendant told me that if I didn't adopt him, he would be put to sleep the following week. "I'll take him." I said matter of factly.

I didn't tell anyone I was adopting a dog, because I didn't know I would be adopting a dog that day. Harley is my life, my saving grace, my kid, my boo-dog. This dog sleeps at my feet every night and is there by my side when I wake up every morning. He's my workout partner and my protector. He has horribly bad habits from being a former bait dog, such as being obsessed with jumping the fence, and a terrible fear of tall men and other dogs. He's with me at all times when I'm at home and he's a watchdog over our other pets. This dog would do anything for me and I'm grateful I took him home on one of the most saddest days of my life. Harley was the spark that made everything better durning that very dark time of my life. He was the key to me putting everything back together that I let fall apart. Two weeks later, that assignment I was dropped from didn't matter because I was offered my first radio job. I talked about Harley a lot of the radio. Everyone loved him. He's boo-dog, the big lug that the attendant swore to me wouldn't grow bigger than 60-pounds. 60-pounds huh? He's 90-pounds now. Yes, you read that right, 90-pounds. Harley protects his little sisters and barks at airplanes. He has a silly relationship with a squirrel and adores our cats, especially Giovianni. He's just a big dog who loves to give big kisses.

What I've learned from owning Harley is how awful humans are. How biased they can be, and how most people who are stupid hate his breed. Without even giving my dog and I a chance, they turn and walk the other way when they see us coming. People are so judge-mental that they cannot see past their own blindness. I've learned how cruel people are to this breed, and I wish I could line every one of those bastards up and well....I'll save that for a different post. I've learned how terrified my dog is of other humans he doesn't know. How he would take a bullet for me if he had too. He's my protector, my pal, my boo-dog. And despite all of the idiots in the world who has some stupid pre-conceived notion on this breed, we will still thrive. We will prove all of them wrong. And, hopefully crooks will stop using these dogs for horrific things too. The dogs need to live in safe homes with decent people who will take good care of them. All these dogs want is love and affection, a good human to lay their head on, and a warm place to sleep. All these dogs want is love. I think we can all relate to that, can't we?

I own two other dogs and an insane amount of cats, but Harley's story is different and it deserves to be heard. I will write about my other babies in another post, but in this one Harley is the star. 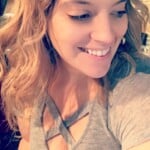 Everyone Doesn't Have to Like You | Actually It's A Good Thing! 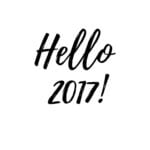 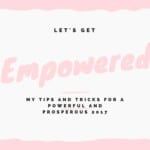 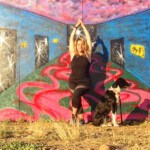