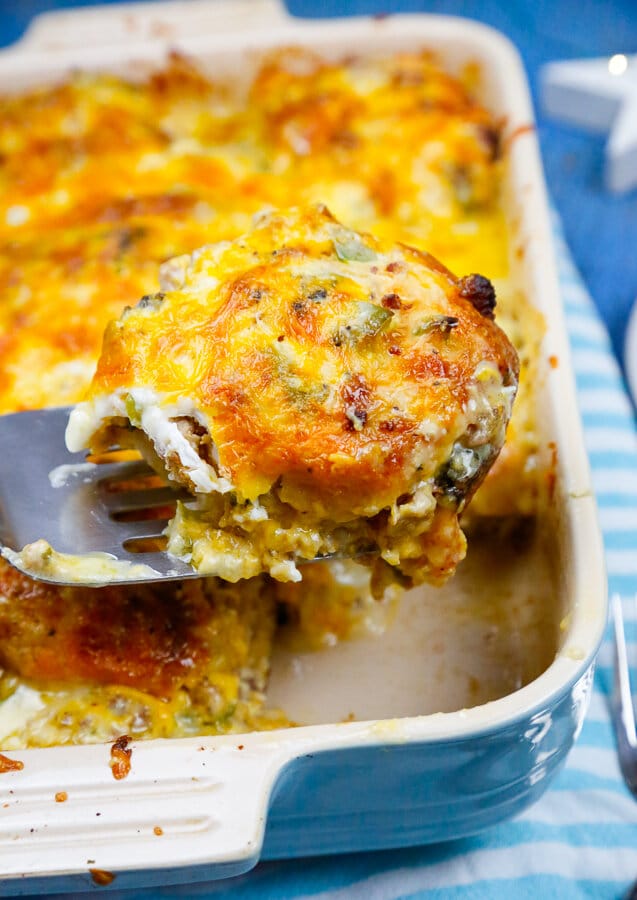 BISCUITS AND GRAVY IS THE ULTIMATE COMFORT FOOD

I’ve always heard people talk about biscuits and gravy, but until I actually tried it, I did not understand what all the fuss was about. And then, I decided to try my hand at it and oh my, oh my. I’m now obsessed with my healthy biscuits and gravy veggie casserole recipe. I also use to think that biscuits and gravy were complicated, but guess what? They are actually super easy! 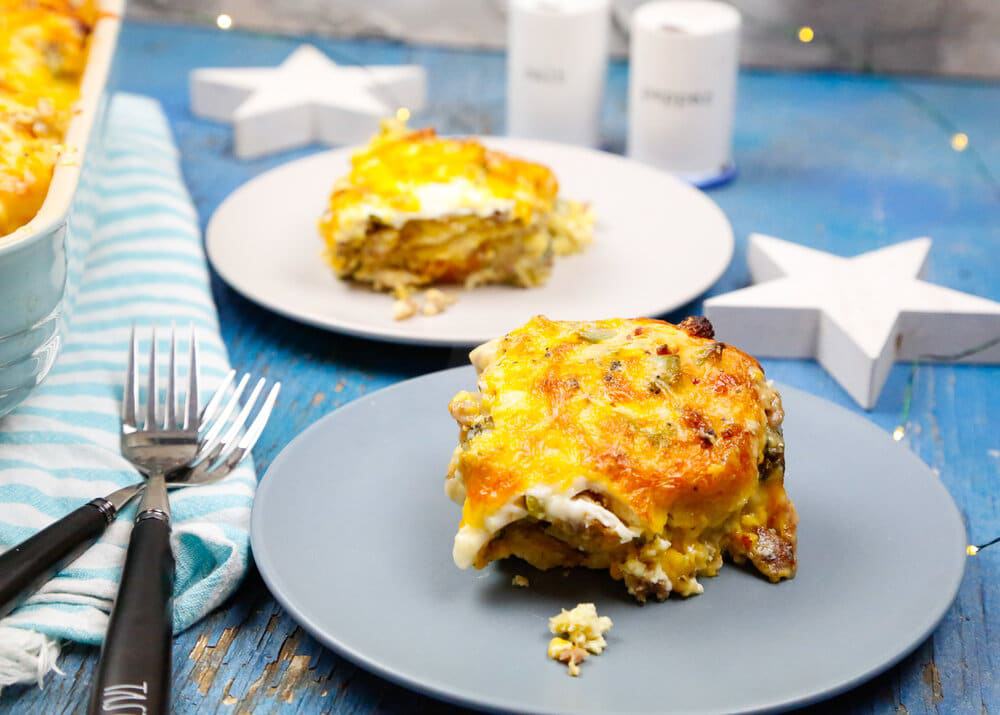 The biggest complaint I’ve seen people talk about with traditional biscuits and gravy is the sodium is high in the gravy used and that most recipes call store-bought gravy. Well, not this version, my friends.

My healthier biscuits and gravy veggie casserole are made with homemade gravy, sausage, delicious biscuits, broccoli, green bell peppers, and organic eggs. This recipe is super easy to make and you will have dinner on the table in half an hour.

All you need for this delicious recipe are biscuits (I used store-bought biscuits, but if you can do homemade, go for it.) You’ll also need sausage, broccoli, green bell peppers, eggs, shredded cheese, and gravy. 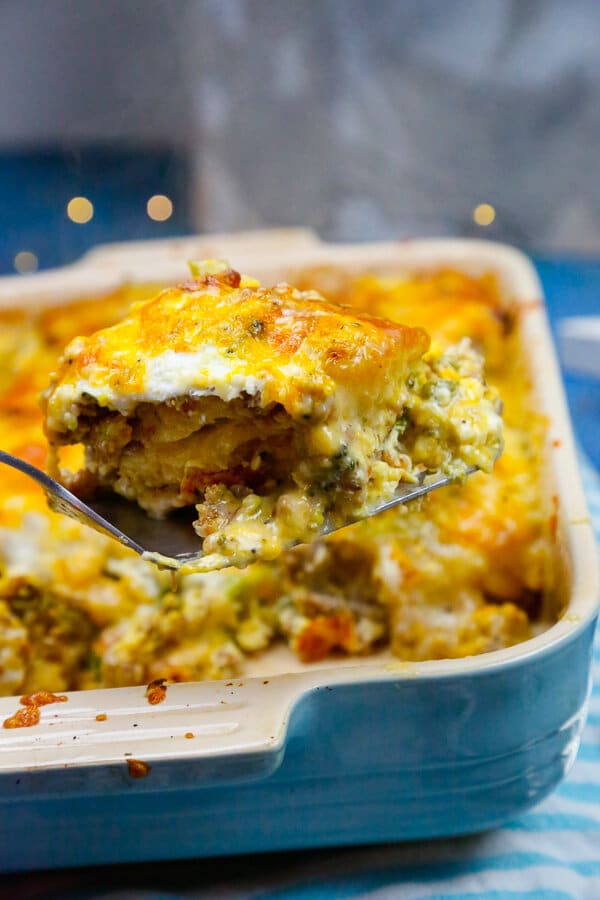 To make homemade country gravy, cook the sausage first. Drain the sausage and set the drained grease from the sausage aside. Combine ¾-cup flour, the sausage grease, ½-cup of milk, 2-teaspoons of black pepper, and 1-teaspoon of salt. Add all of the ingredients to a saucepan on the stovetop over medium heat, and whisk until the gravy starts to thicken. Once the gravy is thick, set it aside.

You can also use storebought gravy, but making your own country gravy from scratch is super simple and makes this dish healthier because it cuts the sodium content in half. Plus there are no funky chemicals in homemade country gravy.

BRING THE COUNTRY HOME WITH YOU

Homemade biscuits are a fabulous addition to my Healthier Biscuits and Gravy Veggie Casserole, but many people do not have the time. If you want to make this recipe extra special, make homemade biscuits from scratch and you’ll really up your biscuits and gravy game! 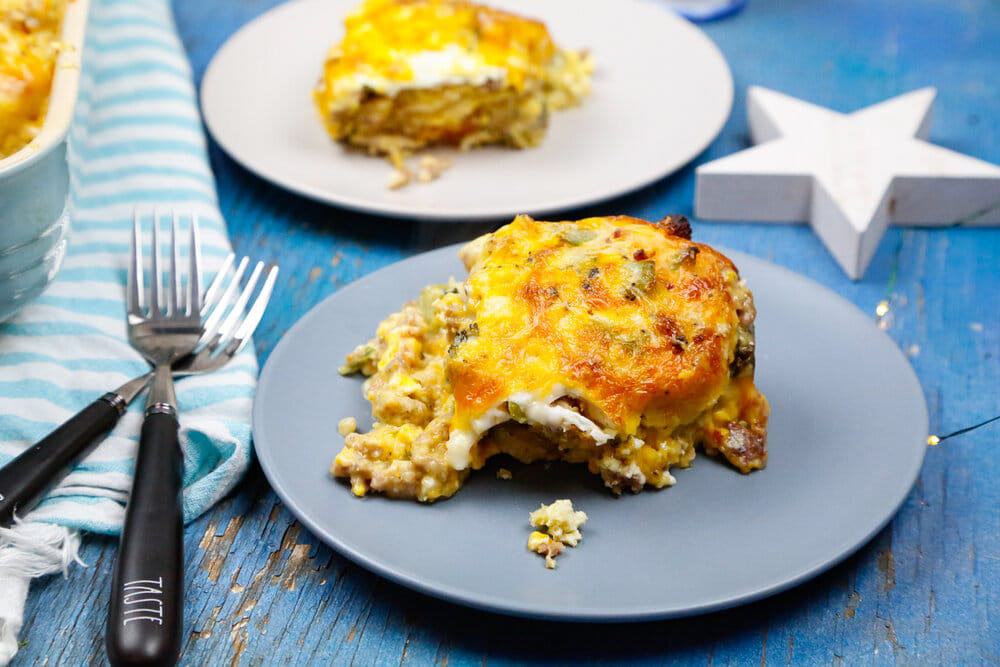 This recipe is a great addition to your weekly dinner time round-up. You could also make this for breakfast. I feel like this recipe works really well for dinner because it’s hearty, rich, and the ultimate comfort food!

ONE DISH, A FEW INGREDIENTS AND YOU ARE ALL SET

The best part about this recipe is it’s a one casserole dish recipe, with the exception of the sausage. All it takes 5-minutes of prep time, and 30-minutes to cook.

I hope you guys enjoy this recipe! What’s your take on biscuits and gravy casserole? Breakfast or dinner? 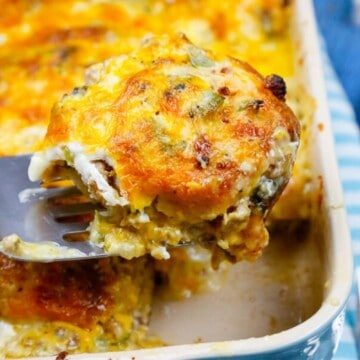 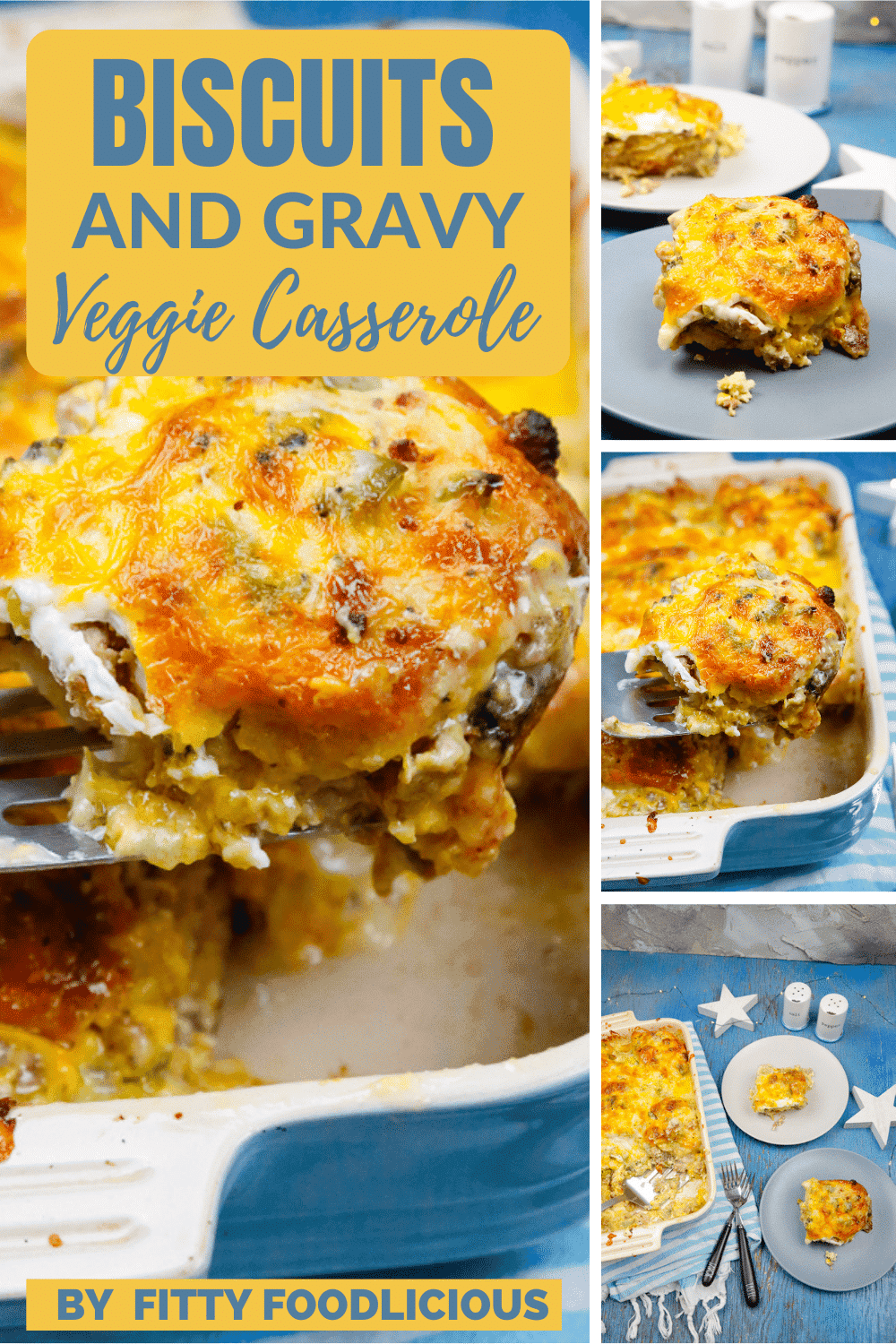 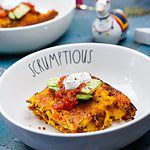 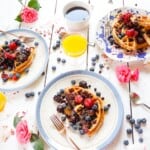 How To Make Homemade Waffles 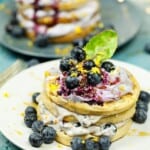 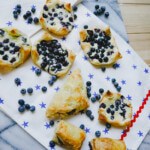