I’m sitting in the therapy waiting room of the mental health department staring at awful ads on the Kaiser TV screens about horrible diseases feeling more and more anxious as the time lags on and on and on. Kaiser is funny. Hurry up and wait. So there I was on the first official Friday of 2018 and the first Friday of the New Year waiting. Waiting for my ACT Therapy class to start.

As I was sitting there anxiously waiting, scrolling Instagram, doing anything I could to stay calm, more and more people walked in. Mostly men. They couldn’t possibly be here for this class, could they? I thought anxiously to myself. Then more men came and signed in and more and more and more and more showed up. I then felt total anxiety flood through me. Where are all the women? I kept thinking there had to have been some mistake. Did my therapist sign me up for an all men’s class? One guy kept checking me out which annoyed me because I’m not a piece of steak you can salivate over sir. Then more waiting happened. The class was set to begin at 1:30, but the teacher was late and so more waiting we did. Then 1:45 rolled around and I started getting annoyed. So let me get this straight. We have to show up early, but the teacher can be a half hour late. Just as I was getting up to leave, she opened the door and yelled: Everyone here for the ACT class? Come in, come in, come in! Sorry, I’m late, I had to get lunch! Well, people have to eat so down the hall I went with all the men and sat in a very stale and uncomfortable room.

Hasn’t Kaiser ever heard of an interior designer? I mean they make boatloads of money, so why can’t they put some of that into re-designing their mental health wing. It’s dark, smells, and the fluorescent lighting totally zaps my energy. Okay, enough about the room.

Let’s define what ACT is before we dive into how the class went. ACT is:

Definition: Learn how to accept those things that are out of your control and commit to changing those things that can be changed to make your life better. It’s an active therapy that helps you create a rich, full and meaningful life by clarifying your values, committing action, and practicing mindfulness skills.

The mindfulness skills are:

Self as Context (Observer Self)

So instead of letting our painful memories take over, we learn how to deal with them so that they have a much less impact on our minds.

Or another saying that I love that reflects this is:

So there I was with a billion men and 4 other women just sitting there while the teacher got her stuff together. I noticed immediately how everyone was in a different age group. I was definitely the youngest, some people older, and the rest I would presume mid to late forties. I felt completely out of place. Why am I here? How did we get here G? I kept asking myself.

Everyone looked miserable and uncomfortable too and for some strange reason that brought me comfort. Next, the teacher asked us our names and we were told to state why we were in the class. Um…duh. I’m here because my therapist says I have to take this class. I, of course, didn’t answer that, but I really wanted too.

We all had various reasons for being in the class, and most of them were because of anxiety, trauma, abuse, and not being able to function in daily life. Some people looked so lost and so sad. I felt my heartstrings tug at me wanting to help and then pulling back and saying No G you are here for you, not them. Stop trying to help everyone. You need to work on your shit, not theirs. So the class began and we were off!

The next thing we did was sit and do a meditation for what seemed like hours. It was literally the world’s longest mediation exercise I’ve ever done and I meditate. I actually found it rather comforting to just sit there and just let my thoughts come and go.

I learned from the last mental health course I took at Kaiser last year to look at my thoughts like they are the New York subway train. My thoughts are simply people coming and going on the train. They cannot harm me. They cannot hurt me. They are simply just people getting on and getting off the train. So after the meditation wrapped up we were told to open our eyes and describe our feelings. Well, some people fell asleep, while other’s could not relax at all.

While the therapist woke people up, we went around in a circle and explained what we thought about. I almost felt like I was being graded. Or judge, which in my book is basically the same thing. The teacher liked my answer and said she enjoyed my anecdote about my thoughts being like the subway train, getting on and off. We listened to everyone’s reactions and then were handed papers.

Another annoying thing about Kaiser is they are so cheap they can’t hand out actual books. Instead, the teacher makes a copy of the chapters and hand’s them out weekly. Hilarious for a company who claims they want to save trees.

We were handed the first week’s chapter and a photo of a chessboard.

She talked about the chessboard being like our emotions. Some black pieces, some white pieces, and then changed the colors to bronze and some other color, but I mentally changed mine to Gold and Silver.

She told us to look at our chessboard pieces like they were our emotions. We have some positive ones and some negative ones and it’s our job to play the game with them. Some people reacted right away and said all they have our negative emotions, but the teacher said no, you couldn’t have a negative reactor without a positive reactor and said that without both sides there would be no balance. Looking at your emotions like you are playing a game of chess is an interesting way to look at emotions as a whole and truth be told, I’ve referenced that chessboard paper several times since that class. While I’m not sure I want to play a game with my emotions, I still see how the concept works.

And that was the class. We wrapped up class 1 with stating our names again and giving our feeback to what we learned. Some people didn’t feel like sharing, while others had paragraphs to say. I reported that I liked the sky metaphor and understood how the weather will be there, but it doesn’t mean I have to participate in the storm. I can simply observe, not participate. There is a huge difference between the two.

I also stated that I like the chessboard exercise and that I look forward to more classes. My only note would be for the teacher to let us get up and move around a bit because when you struggle with anxiety, there is nothing worse than sitting in a chair for 2-hours.

I will be reporting on these classes weekly so stayed tuned for week 2. Have you gone through ACT therapy? What did you think of it? Did it help you? 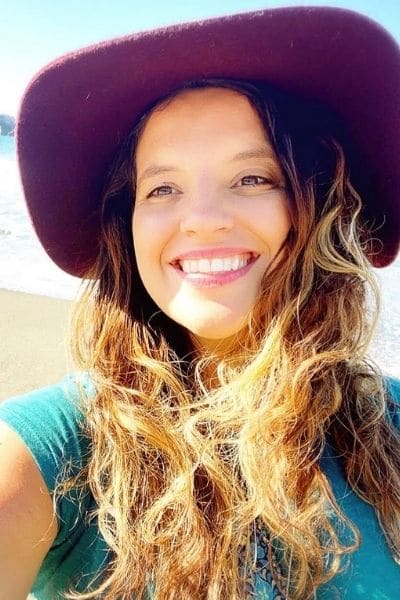 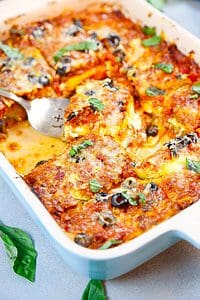 Easy low-carb zucchini lasagna is the perfect weeknight meal and can be prepped ahead ...

END_OF_DOCUMENT_TOKEN_TO_BE_REPLACED 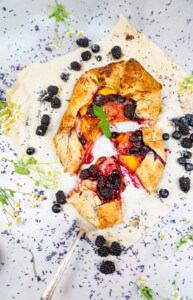 Make my easy stone fruit Galette with simple, fresh ingredients, made without any ...

END_OF_DOCUMENT_TOKEN_TO_BE_REPLACED 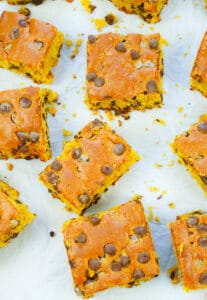 One-Bowl Pumpkin Pie Blondies are the perfect dessert recipe for fall. And the best ...

END_OF_DOCUMENT_TOKEN_TO_BE_REPLACED

🙋🏻‍♀️ I’ve been struggling with #anx

🎃🍁🍂 One-Bowl Pumpkin Pie Blondies are the